“Natural forces within us are the true healers of disease” 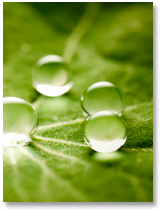 The Founding Fathers of Osteopathy

Osteopathy was founded in 1874 by Dr. Andrew Taylor Still, MD. As a practicing physician in Kirksville, Missouri and a surgeon during the civil war Dr. Still saw many people die of serious illness (including his 3 children). As a result he became very frustrated and critical of the ineffectiveness of the medicine and surgery offered at the time. During the early 1870’s Dr. Still began to separate himself from the medical profession of the time and started a practice based on the philosophy of Hippocrates, the “father of medicine”.

Dr. Still believed that the human body functions as a “whole”, and not just separate parts. He believed that the musculoskeletal system was a key component of health and that by normalizing the body’s structure he was often able to normalize how it functioned. He began to understand that by manipulating structure he was able to directly affect all other body systems such as the circulatory and nervous systems, and that bringing balance to these systems allowed for the body’s own self-corrective forces to heal the patient.

By the late 1880’s his name was known far and wide as stories of this new approach spread. He was having unheard of success in treating patients and as a result people began travelling hundreds of miles to seek his help. In 1892 he opened the first osteopathic school, now known as Kirksville College of Osteopathic Medicine which currently one of 29 osteopathic medical schools in the United States.

Dr. Still’s insights into the nature of health and the human body were the foundation for the osteopathic profession. He taught his ideas and as a result, many great physicians emerged to continue his work. One of these was Dr. William Garner Sutherland.

Dr. Sutherland’s work was an extension of Dr. Still’s work. He began practicing medicine with a very mechanical approach to osteopathy. Then one day while studying a human skull Dr. Sutherland was struck by a curious thought. He noticed that the bones of the skull seemed to be designed for some sort of respiratory motion, that the bones could actually move. In his practice he began to apply traditional biomechanical osteopathic manipulation techniques to the skull and sacrum (tailbone) with great patient results. He continued refining his discoveries and began calling it “osteopathy in the cranial field”. He described 5 primary components of this new technique:

The shifting tensions of membranous tissue (also known as dura mater) that surrounds the brain and spinal cord which indicated that all membranous tissue in the body functions as one continuous structure. This became referred to as a “reciprocal tension membrane”

Dr. Sutherland continued to study and experiment relentlessly over the next 30 years, and as he did he began to notice that as the bones of the skull were expanding and contracting, so was the rest of the body. The body seemed to be in a constant state of very slow inhalation and exhalation. He began talking about a “Primary Respiratory mechanism”. He called it primary because it is a rhythmic “breath” that comes before our inhaling of oxygen. This “primary” breath seemed to be vitally important to health. In fact, he noticed that our very life depended on it as it is the force that seemed to give rise to all other body systems and functions.

This new concept continued to evolve over many years. Near the end of his life Dr. Sutherland devoted his study to the understanding of, and conscious relating to this Primary Respiratory mechanism. He no longer used a biomechanical approach where he had to try to fix the body by applying some external force, or by manipulating the body to create changes. He began to focus more on the body’s own intrinsic healing forces that are created and directed by Primary Respiration. He began treating his patients using very subtle but powerful techniques that utilize the body’s self-corrective abilities so that he no longer needed to use great force to have dramatic changes occur.

Dr. Sutherland taught this concept for many years. In 1947 the Cranial Academy was founded by Sutherland’s students, and in 1953 he established the Sutherland Cranial Teaching Foundation. These organizations produced many pioneers in the field who continued to deepen our understanding of osteopathy. One such osteopath is James Jealous, D.O. Through many years of study and practical experience, Dr. Jealous provided clarification of the work and teachings of many osteopaths who came before him, including that of Dr. Sutherland and Dr. Still. Dr. Jealous is known for providing a clear language and definition of traditional osteopathy. His work in the field is now known as Biodynamic Osteopathy.

“Natural forces within us are the true healers of disease”