“All that man needs for good health and healing can be found in nature, it s the job of science to find it.” 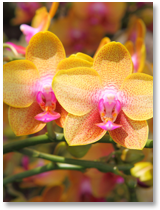 There are other treatments that can be beneficial in addition to Osteopathic sessions with Dr. Nani. These treatments stimulate healing and assist in deepening the osteopathic process.

Scar deactivation is a modality that may be used to treat acute or chronic pain or other illness. Scars from injury or surgery can disrupt normal electrical activity through the autonomic (or automatic) nervous system and cause a disruption in normal body physiology. Scars may also result in an increased pulling or tension in the skin, fascia or other tissue around them preventing these layers of tissue to move freely. This may cause pain around the scar, but may also result in discomfort or illness that is seemingly unrelated to the scar itself.

Example: a patient came in with chronic severe mid back pain that was present for 2 years. X-rays and MRI were normal. He saw several specialists, tried physical therapy, massage, and epidural injections for pain relief but nothing worked. His medical history included a lower back surgery several years before. During his first appointment the scar from the lumbar surgery was deactivated. By that night his mid back pain was gone and has not returned since then.

Scar deactivation helps to restore normal function to the affected tissues and nerves allowing normal function to return. Scar deactivation involves the injection of small amounts of procaine (the numbing medicine commonly used in dental offices) into the scar itself. It is a very simple, relatively pain free process. It is not unusual to see rapid relief of chronic conditions using this modality.

Mesotherapy is a natural medicine technique that is commonly used for acute and chronic pain conditions as well as other general medical conditions. It is effective for many conditions because it helps to resolve the underlying imbalance that is causing them in the first place. Mesotherapy involves very superficial skin injections. The specific medicines used in the injection depend on the condition being treated. Typically natural herbal or homeopathic remedies are used. In this office we use a variety of injectable homeopathic remedies to address various conditions such as inflammation, swelling, muscle pain or nerve pain. One of the primary benefits of mesotherapy is that it allows the physician to deliver the remedies directly to the area of the body that is affected.

Example: a patient came in with arthritic pain and swelling in the joints of her thumbs. This was limiting her ability to do many things. Mesotherapy was performed using two homeopathic remedies, one for arthritis and one for inflammation. Her thumb pain was gone within a few minutes and remained gone for 2 months. We had to repeat the therapy at that time and she has been pain free since then.

“All that man needs for good health and healing can be found in nature, it s the job of science to find it.”